Lisa has been using her holiday time wisely doing some genealogy research on my side of the family. Some interesting snippets have surfaced. 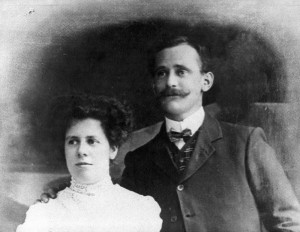 Nan and grandad lived in Acton before they moved to Dagenham. The 1901 census says grandad was an electrician. The 1911 census record shows he was employed fitting arc lighting to early London black cabs. There was a taxi manufacturer, Du Cros Cars, in Acton that was founded in 1908. The owner, William Harvey du Cros, was MP for Hastings, which was grandad’s place of birth so that fits in quite nicely.