Ever wonder what a Telstra dial tone sounds like?

Over the last few days you may have noticed some news articles about various companies and local government bodies to coincide with the six month anniversary of Cyclone Yasi. They seem to be full of self-congratulatory quotes about their achievements since the night of the 2nd/3rd of February. I’m sure some have been hard at work but what is the reality on the ground for ordinary people? It’s not possible for me to find out why things are still such a mess in these individual cases but talk to anyone that is still waiting for work to commence on their homes and you’ll get the same answers every time: slow insurance companies, unreliable assessors and over-priced builders. And remember this: not every damaged house was lucky enough to get a tarp on the roof. There are many that look relatively Ok from the outside but have completely ruined interiors due to the rain.

I drove round a small part of Tully over the last two days and this is what I saw. I’ll split the photos over two pages so they load more quickly:

Lastly, a small town such as Tully faces a massive task in rebuilding after a natural disaster of the scale of Cyclone Yasi. Something that helps is keeping local businesses going. Two local businesses that should have thrived after Yasi are the local glass shop and timber yard. This is what they look like after six months: 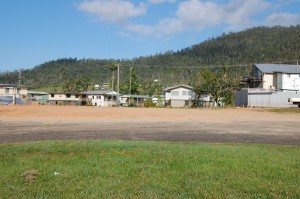 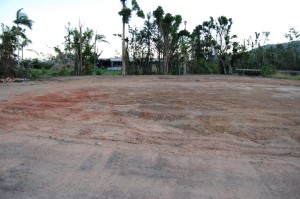 Lily Allen may have closed her silly blog and deleted all the content but what she didn’t realise that various search engines cache as many sites as they can. Read Lily’s blog from the grave:

Lily Allen is a vocal proponent of legislation that will enable large media companies to request UK ISPs to terminate the Internet connection of any user they suspect of file sharing illegal content owned by the aforementioned companies. Big Media wants a so-called three strikes policy – users will be warned three times and if they don’t obey they will have their ISP account closed.

There are many things wrong with this policy that you can read about elsewhere but the obvious two are  the complete lack of due legal process and being considered guilty until proven innocent.

As mentioned here recently, Ms Allen set up a blog to defend this policy and has been found wanting. She said on her blog – now mysteriously disappeared – that she doesn’t have anything against downloaders but was very against uploaders. Er, aren’t both required to do file sharing, Lily? She peppered her blog with copyright infringing material such as scans of newspaper articles and direct lifts of online reporting, all, it appears, without permission of the copyright owners. Now she has been caught out again.

When someone publishes something online it’s a good bet that they want a wide an audience as possible. The problem for the clueless – such as Ms Allen – is that they also get a large group of what newspapers used to call fact checkers; they don’t seem to exist at newspapers these days but I digress. As reported by Michael Masnick today, Ms Allen is hosting downloadable mixtapes (mix1 and mix2) on her main site at lilyallenmusic.com and it looks like she has just earned her second strike. You’re correct Lily, it’s not alright.

Oh dear, what has Lily Allen done now? The poor little poppet has been having a whinge about “people stealing her music” (copyright infringement to you, me and the law). Bless her third nipple, she’s gone to all the effort of setting up a blog (a freebie account at Blogger – her finances must be worse than I thought) and now seems to have totally lost the plot.

In a recent post she railed against the stance taken by rapper 50 Cent who sees file sharing as part of the general marketing of music. Just as an aside, he’s correct; research by the Canadian government has shown that file sharers buy more music than non-sharers. Mr Cent is right, Ms Allen is wrong and her solution to a non-problem is to alienate her audience even more. Smart career move, Lily.

She illustrated her point by copying an entire article from TechDirt and posting it on her blog with no link, no attribution and without permission. Oh dear. Lily, if you’re going to go off on one about copyright infringement at least make sure you don’t infringe someone else’s copyright in the process because it really does make you look like a complete twonk. The author of the copied article has been very gracious about the incident.

To make matters worse, she then followed it up with an apology ALL TYPED IN CAPS. Yes, Lily, shouting an online apology is really going to help. When it’s also littered with spelling, punctuation and grammatical errors it won’t help your image as a sassy young lady much either. Comments left by readers are worth five minutes of your time to read.

The most interesting part of the current debate is that artists are taking up very different, and opposite, positions. On one side, you have the Featured Artists Coalition , a group that includes Nick Mason (Pink Floyd), Billy Bragg, Tom Jones, Annie Lennox, Dave Rowntree (Blur), Radiohead and other people that make music that people actually want to buy and listen to. They are against draconian copyright legislation such as Internet disconnection for file sharers. On the other side you have a group who would like to remove the hands of teenage fans that have the temerity to want to listen to their idol’s creative output but are too skint to buy all the songs. This second group comprises people such as Ms Allen, Elton John, Gary Kemp and James Blunt. Sheesh, no self-respecting member of da yoof is going to download that stuff. In fact, if the artist hand-delivered an autographed boxed set of their entire back catalogue to a teenager they’d probably be told exactly where they can shove it.